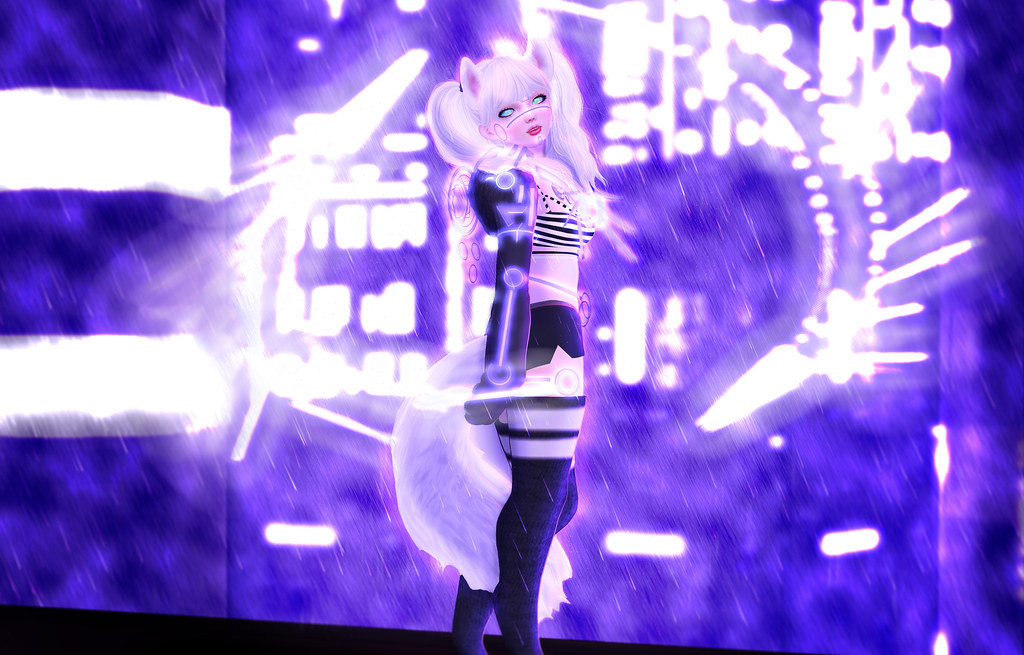 For this picture, I had an idea of old Japanese traditions still existing in the extreme future. If Japanese yokai existed, they’d still exist even then. So I felt like coming up with an idea for a picture showing a Kitsune fitting in within a cyber-futuristic setting, which is of course Insilico. Digital holographs and swirling holographs represent the Kitsune’s blue flames.  This picture was a lot of fun to conceptualize.

This site uses Akismet to reduce spam. Learn how your comment data is processed.

This blog (formerly aweusomesauseblog) brings fantasy and casual outfits, and always a splash of mythology. Sometimes little thoughts and moments regarding our little part of the web we call Second Life.

For anyone curious for what I typically use on an everyday basis, I’ve attempted to compile an easy list. I’ve included favorite brands for a few things.